The Inspiration for Aiming for a Cure 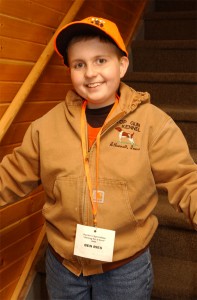 Benjamin Joseph Ries was born to Steve and Jodie Ries on October 4, 1992. He was a good-natured and happy kid with normal boy interests. Ben had a love for baseball and hunting and was a big fan of the Iowa Hawkeyes and Chicago Cubs. Overall, Ben was a pretty typical kid with a normal family life.

While in the 1st Grade, though, Ben’s typical life changed dramatically. That was the year Ben was diagnosed with medulloblastoma, a type of brain tumor. As he battled cancer, Ben left a lasting impression on the people around him with his positive spirit. From his classmates to his fellow patients, Ben often seemed much more worried about others than for himself. In spending so much time at University of Iowa Children’s Hospital, Ben became increasingly concerned about other pediatric cancer patients and their families.

With Ben as an inspiration, the Ries family started the Aiming for a Cure (AFAC) Foundation in 2004 as a way to fulfill Ben’s desire to help his fellow cancer patients. To honor Ben’s love of hunting dogs, they conceived an annual benefit that would bring together celebrities, dogs and bird hunters at Highland Hideaway Hunting in Riverside, IA. Through the incredible passion and support of many friends and volunteers, Aiming for a Cure became an instant success.

On June 1, 2005, after a courageous five year battle with cancer, Ben went to be with the Lord. While his physical time on earth came to an end far too soon, his spirit continues to live on and provide a positive impact on the lives of many people through the Aiming for a Cure Foundation. 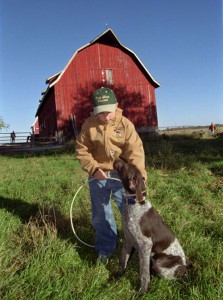 Now in its 11th year, the Aiming for a Cure Foundation has raised more than 1.5  million dollars to support cancer patients and their families at the University of Iowa Children’s Hospital. Because the Foundation is completely run by volunteers, it has virtually no overhead and is able to dedicate all contributions directly to the mission of helping children and their families.

Through the addition of new sponsors and additional events, the reach and contributions to the Foundation continue to grow. For those helped by the Aiming for a Cure Foundation’s efforts, Ben’s life and his compassion for others was no accident and no coincidence. Although Ben has now moved on to a better place, his legacy remains and continues to provide hope and comfort for others through the Foundation he inspired.