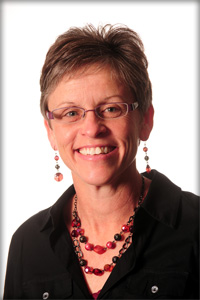 “We had a vision that was put into action and became a dream come true”. Being parents of a child diagnosed with cancer and recently sharing a loss of this child was the inspiration to form Aiming For A Cure Foundation.

My husband Steve and daughter Rachel and I want Ben’s legacy to live, as Ben would always think of the many children and Families at the University of Iowa Children’s Hospital during their treatments for cancer. During his visits, Ben was consumed by the staff, new Friendships and many opportunities that would make his home away from home more enjoyable during a difficult time.

With Ben’s love for the great outdoors in his hunting dogs and the many personal Friendships made it became easy to form such a great foundation that commit their time and efforts to continue the legacy of caring for the children and Families dealing with cancer at the University of Iowa Children’s Hospital.

“We were blessed with calling Ben our son, and having so many caring people to volunteer their time, talents and financial support in helping children and their families with childhood cancer.”

The Ries Family resides in Vinton on an acreage with their Family business in raising hunting dogs. 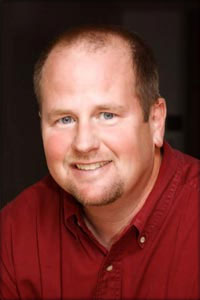 Tim Anderson is the Director of Public Relations at Mossy Oak Brand Camo.

He has been involved with the Aiming for a Cure Foundation since its inception.

“Steve Ries came to see us years ago looking for a title sponsor to get behind his event. After listening to his vision and discussing it with Dave and Carman Forbes, we immediately jumped onboard. When I originally got involved, I felt it was part of my job and responsibility to the company. It quickly became part of life and a passion that is hard to explain. I will always be a part of Aiming For a Cure because of its mission to assist and comfort children going through the fight for their life.”

Tim and his wife Karen live in Delhi, Iowa. They have 4 children, Jeremy, Justin, Lindsey and Michael. 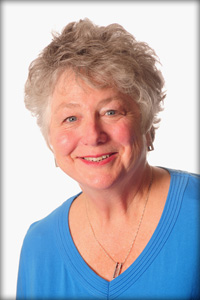 Lisa Baum joined Aiming For A Cure as director of the Children’s Miracle Network in its inaugural year.  Lisa serves on a number of nonprofit boards, enjoys her two sons and their worlds and travels a bit with various organizations. Her recipe for Pheasant Canapes is amazing.

“I continue to delight in the growth of Aiming for a Cure and it’s unique support of families with children fighting cancer. It takes hearts and hands to successfully provide a healing environment. Ben Ries took the challenge of a brain tumor in stride. His bravery and faith are ever present as we create events to benefit those who are facing cancer.” 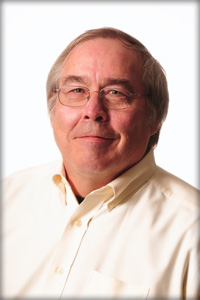 Randy is the Executive Vice President of Operations for a protein separation and purification company. Randy is the husband of Cathy and the father of Cori. Randy was raised in Ames, Iowa, graduated from Iowa State University, and has spent his career building and operating medical device and pharmaceutical operations around the world. Randy trains his Brittanys and supports his daughter in her 4H horse projects in his spare time.

Randy became involved with Aiming For A Cure through his contact with Steve Ries in AKC Hunt Tests and developing a friendship with the Ries family. The inspiration of Ben Ries and the core values of the Aiming For A Cure Foundation are the primary motivating forces for him and helps all committee members focus on the need to continue their efforts. As an individual involved with the health care industry he feels that there is a need for an increased awareness on the mental well-being of children and families experiencing difficult times and the Aiming For A Cure Foundation is working toward this goal. 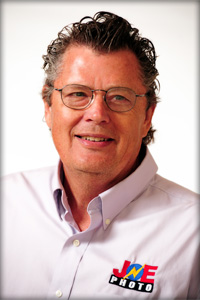 A love of dogs, pheasant hunting, sports, and photography put me on the doorstep of one of the formative meetings of the “Aiming for A Cure” committee. Fortunately, they let me stay. Now, almost eleven years later, I couldn’t imagine my life without the great people I’ve met at Highland Hideaway Hunting in Riverside, Iowa, and all the members of the AFAC committee.

It was a perfect fit for our family business, “ Impact Photo / Joe Photo”, as we have specialized in special event photography concentrating on the Cedar Rapids / Iowa City corridor for 37 years. My wife, Molly, and kids, Sarah and Dan, all help in our business and help support AFAC.

I earned my B.A. in History with a Physical Education minor in 1972 – Go Hawks! 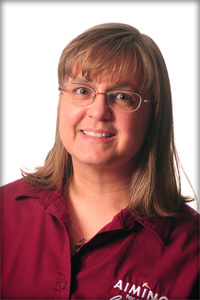 Lori is an Iowa City native and a graduate of City High School. She also attended the University of Iowa and graduated with a BBA Degree in finance.

In addition to her charity work, Lori is currently employed as a Loan Operations Officer at MidWestOne Bank in Iowa City. Some of her additional interests include scrapbooking, Atlanta Braves baseball and, of course, Iowa Hawkeye Sports. 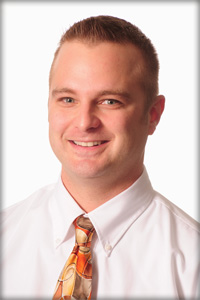 Corbin is Assistant Store Leader at Scheels Sports in Coralville, Ia.  Scheels became a sponsor for the annual Aiming for a Cure Celebrity Hunt and Banquet in 2011, and  Corbin attended the event as a hunter.  His wife Sarah, who fund raises for the University of Iowa Children’s Hospital was involved at the time as well.  He was so blown away by the event he had to get involved.  As a very passionate hunter and outdoorsman, Aiming for a Cure was a great fit.

“I feel very blessed to be associated with such a great organization.  The people I get to work with on the committee are second to none, and some of the hardest working folks you will ever meet.  It is just great to see how much families are positively affected, as well as how much is raised for finding a cure.”  Corbin and his wife Sarah live in North Liberty, Ia with their daughters Harper and Brynlee. 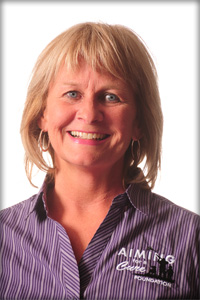 Dianne Haught is the Sales & Marketing Coordinator at Hubbard Feeds in Iowa City, Iowa.  Dianne has been involved with Aiming for A Cure since 2013.

“When Steve Ries shared his story about Ben I was immediately drawn to help in some small way if I could. This is an amazing group of people who share their time and talent for all the right reasons.” 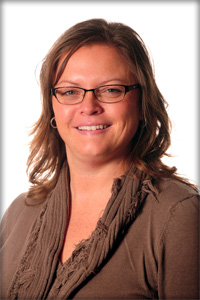 Courtney is a Senior Sales Manager for NMA Group Sales with Marriott International.  Courtney met Steve and Jodie a few years ago and learned about the Aiming for a Cure Foundation and Ben’s story.  Knowing what their goal and passion is for the Foundation, she was thrilled to join such an amazing group of people and has been involved with Aiming for A Cure since 2013.

“I am very  humbled to be a part of such a wonderful Foundation.  I am happy to be able to offer my support to help Aiming for a Cure grow and continue to assist the families going through such a difficult time.”

Courtney and her husband, CJ, reside in Fairfax, IA with their daughters Sage, Carlie, and Riley. 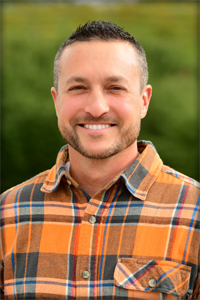 Robb is an Ag/ Commercial Relationship Manager and Vice President of Commercial Banking with Ohnward Bank & Trust in Cedar Rapids, IA.  Robb has been involved with Aiming For A Cure since 2012.

“My passion and desire of hunting and helping others lead me to Aiming For A Cure.  The mission and vision of the Foundation, along with the commitment, dedication and motivation of all the members makes me very proud to be part of such a great organization and group of people……..together we are Aiming For A Cure.”

Robb and his wife Lindsey, live in Ely, IA with their daughters Berkley and Ryleigh. 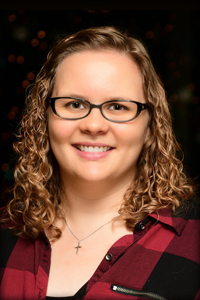 Rachel is an Office Manager at Ralston Construction. She has been a part of Aiming for a Cure since the beginning but joined the committee in 2016.

“My brother, Ben, was diagnosed with cancer when I was ten years old and he was seven. My family and I spent those next five years at the hospital. While Ben was going through treatment he was more worried about the other kids in hospital beds next to him.

Aiming for a Cure was created so we can help the children and families going through difficult times. With Ben’s passing I hope to be able to help siblings that are dealing with loss.” 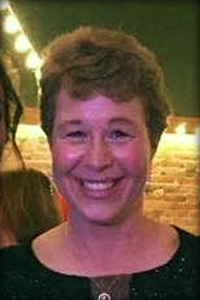 Annette Zimmerman currently owns Painting and Cleaning from A to Z in Central Iowa. She has been with Aiming for a Cure from the start of 2018.

“Before moving to Huxley in 2003, I was a part of the Alburnett schools. I got to know the Ries family through school and sports, and they have been dear to my heart since. Kids have always been a big part of my life, and this is a perfect organization to give back too.  Other interests include baking and sports.

Annette and her husband Jeff currently live in Huxley, Iowa. 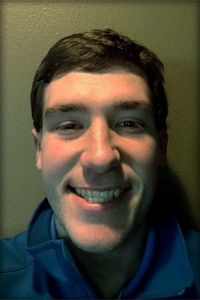 “The Reis family have always had a special place in my heart. I had the opportunity to be one of Ben’s classmates and be around him a lot as a little kid. Once the Ries family started Aiming for a Cure, I always told my parents, I wanted to be a part of it someday. After I returned home from playing college football, there was a calling for me to join, give back, and help with such a special organization. Being involved with the healthcare industry and my passion for fishing, hunting, and the outdoors, it is the perfect organization to be a part of. 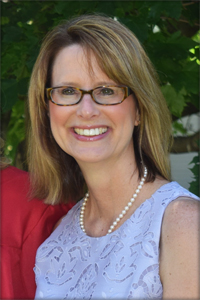 Karla is the Director of Elementary Teaching and Learning for the Linn Mar Community School District. Karla joined the Aiming for a Cure Committee in 2019. Karla is a graduate of the University of Iowa and has spent her career in the field of education. Karla lives in Monticello, Iowa with her husband Doug; they are the parents of Allison and Lauren.

“Cancer has touched the lives of so many people I love. I chose to become a part of Aiming for a Cure because I wanted to make a difference in the lives of those who are experiencing such difficult times and decisions.” 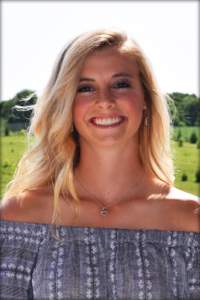 Lauren is a graduate of Monticello High School and is currently in her second year at the University of Iowa where she is studying to become a nurse. She joined the Aiming for a Cure Committee in 2019. The impact of cancer on Lauren’s family sparked her interest in becoming involved with the foundation.  Lauren is the 2019 1st Runner-Up Iowa State Fair Queen which allows her to raise awareness of Aiming for a Cure.

“I wanted to be a part of something bigger than myself and Aiming for a Cure supports a mission I am very passionate about.” 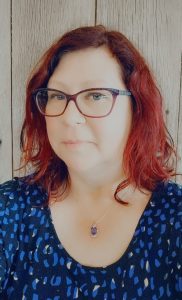 Tammy is an electrical engineer at BAE Systems in Cedar Rapids.   She became friends with Rachel Ries when they worked together at Rockwell Collins.  She joined the committee in 2021 after hearing about all the support Aiming for a Cure offers to families and children.  It is not just the kids who are struggling to be strong and fight cancer, but it’s also the parents and the siblings.  Tammy is grateful to be part of an organization that is doing so much to help these families.  “Everyone knows someone who has had a cancer diagnosis.  I’m happy to do my small part to help those families who are going through this.”