Our foundation is built around a collection of some of the most wonderful, passionate and committed individuals you will ever find. 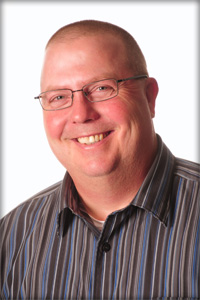 “We had a vision that was put into action and became a dream come true”. Being parents of a child diagnosed with cancer and recently sharing a loss of this child was the inspiration to form Aiming For A Cure Foundation.My wife Jodie and daughter Rachel and I want Ben’s legacy to live, as Ben would always think of the many children and Families at the University of Iowa Children’s Hospital during their treatments for cancer. During his visits, Ben was consumed by the staff, new Friendships and many opportunities that would make his home away from home more enjoyable during a difficult time.

With Ben’s love for the great outdoors in his hunting dogs and the many personal Friendships made it became easy to form such a great foundation that commit their time and efforts to continue the legacy of caring for the children and Families dealing with cancer at the University of Iowa Children’s Hospital.

We were blessed with calling Ben our son, and having so many caring people to volunteer their time, talents and financial support in helping children and their families with childhood cancer.The Ries Family resides in Vinton on an acreage with their Family business in raising hunting dogs. 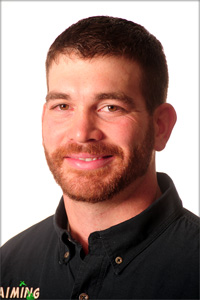 Ryan has been with Highland Hideaway Hunting since they opened in 2000.  He served as manager of the business from 2003-2008, and is currently co-owner with Ron Rath since 2008.  He’s a graduate from Kirkwood Community College with an A.A.S. degree in Industrial Maintenance Technology.

“My love of hunting comes from a young age of tromping around the woods with my Grandpa. Most days you will find me at the hunting lodge, or preparing for the upcoming hunting season at the farm.

In my spare time I enjoy being outdoors, spending time with my family, and teaching new skills to my son Easton. 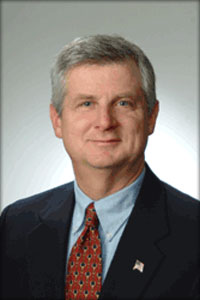 Jerry is the former Vice President of MidWestOne Bank in Iowa City and has recently retired. He provides financial oversight for the Aiming for a Cure Foundation.

Jerry’s main objective is to help ensure that financial obligations for the Aiming for a Cure Foundation are met so that the maximum possible benefit is provided to children and families in need. 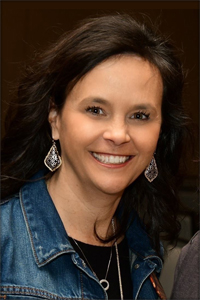 Michelle Altmaier is a program coordinator for Birthplace, NICU and Pediatrics at Mercy Medical Center in Cedar Rapids.

Michelle is thankful to have met and become involved with such a wonderful group of caring individuals who give of their time to support young cancer patients and their families.

“The Aiming for a Cure Foundation is an incredible organization and the annual celebrity event is a fabulous gathering that brings out the best in people and I’m just thrilled to be involved.” 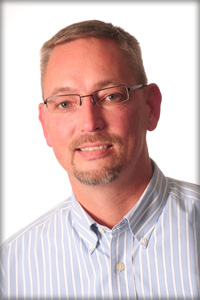 Wade Wamre is employed at Shive Hattery, Inc.  Architecture & Engineering as a Professional Land Surveyor. He has been involved with Aiming For A Cure Foundation since the beginning.

Steve asked him to become involved with a plan he had to raise awareness and money for children with cancer, and Wade greatly accepted the challenge to help such a great cause.

Wade enjoys spending his time with his boys hunting, fishing and spending time back home in North Dakota. Wade and his wife Marcy have two boys, Hunter and Gunnar. 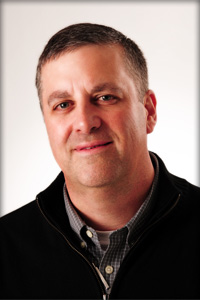 Todd Ettleman is the Regional Vice-President for Van Meter Inc. in Cedar Rapids, Iowa. He joined the Aiming for A Cure Team as a Committee Member in early 2011.While entertaining Van Meter customers at Highland Hideaway, Todd found out about Aiming for a Cure through Steve Ries.

Todd’s love for hunting and his passion for helping children made AFAC a perfect fit for both him and Van Meter. In 2007, Van Meter became a Platinum Sponsor and continues to support the Foundation at that level each year.

“I really like the fact that AFAC not only raises money toward finding a cure but they also help support the families of those that are going through this difficult fight. This is one of the only organizations that I am aware of that handles both aspects and is able to donate 100% of the proceeds toward this cause. I am proud to be a part of such a wonderful organization”.

Todd and his wife Cathy live in Atkins, Iowa. They have two children, Kelsey and Nathan. 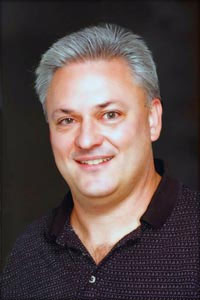 The Tatman family includes Dave, his wife, LeAnn, daughter, Anna and son, Joseph.Dave is employed as the director at Mercy Cancer Center in Mason City, Iowa.

His hobbies include hunting, gardening and a tree farm.

Dave considers himself very fortunate to be able to raise money for this incredible cause with an incredible group of volunteers, while also being able to see the benefits of those efforts on a daily basis.